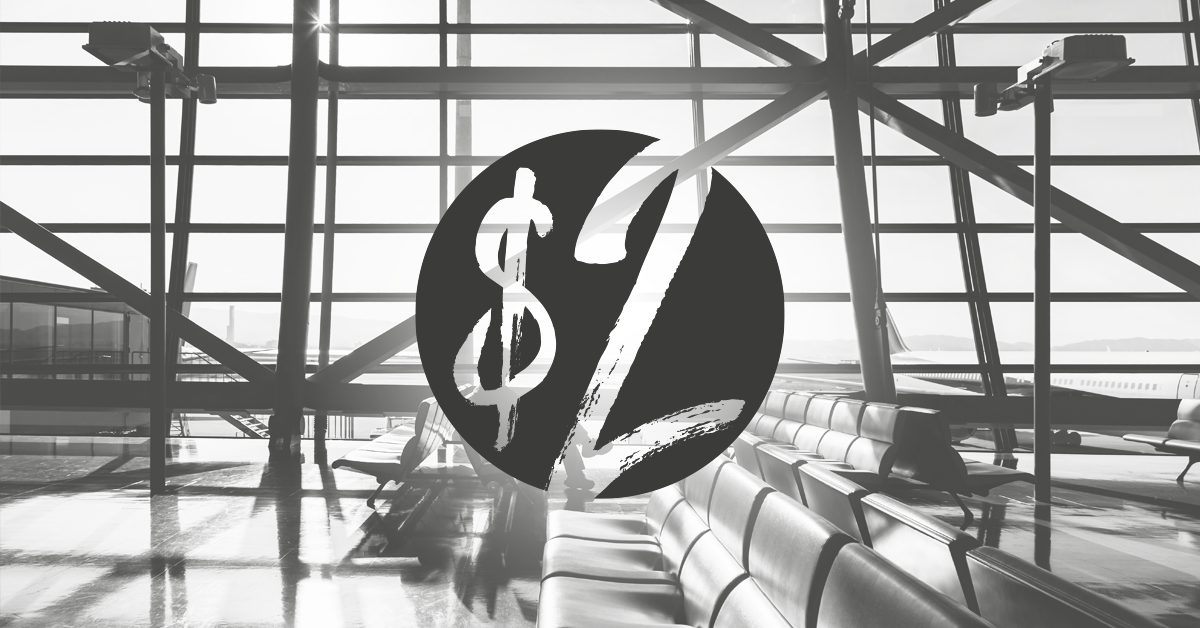 I travel to India frequently. My wife started a home for abandoned little girls and we enjoy visiting our “children” a few times a year.

Several years ago, I was returning to the US from the Bangalore Airport. There is a “last stop” bathroom right by the gate to enter the plane, and so I made my way to the bathroom. When I entered the bathroom, there was a teenage boy who was the attendant in the bathroom.

All day long, he attended the bathroom, serving travelers as they made their way to exotic places. As I left the bathroom that day, I tipped the boy 100 rupees. It was about two dollars for me, but it was like a $100 bill for the bathroom boy. I got on my plane and felt pretty good about giving the boy a tip.

Two years later, I was back in India, waiting to exit the country at the same airport gate, and just as before, I decided to make one last stop in the bathroom. As soon as I walked in the bathroom …there was the boy!

Two years later, he was still in the bathroom. He had grown a little taller, a little fuller, but it was the same young man. And as soon as he saw me, he remembered me. I could not believe it. He remembered me! I knew he remembered me by his actions.

As I washed my hands, he was supplying the soap. When it was time to dry, with great flair, he pulled the towels off the roller for me. I was royalty to this young man. And of course, he was also expecting a big tip.

Well, I was not ready to tip, so I had to go into my wallet. I wanted to tip him again. I gave him 150 rupees and he was so excited. I was so excited, and I left the bathroom with a smile on my face.

I did not get 10 steps from the bathroom when I heard, “Sir! Sir”and felt a strong tap on my shoulder. It was the young man.

I looked confused and he held out his hand. In his hand was my passport – and my airplane ticket! In my excitement to give a tip, I left my essential documents on the bathroom counter. WHEW!!! Was I relieved.

Moral of the story, it is always good to have friends in the Indian bathroom. The better moral is, we are to value those who serve, even from the lowliest of places. I am certain that Jesus wanted to impart some of that servant attitude into His disciples and into you and me.

Then the mother of Zebedee’s sons came to Jesus with her sons and, kneeling down, asked a favor of him.

She said, “Grant that one of these two sons of mine may sit at your right and the other at your left in your kingdom.”

“You don’t know what you are asking,” Jesus said to them. “Can you drink the cup I am going to drink?”

“We can,” they answered.

Jesus said to them, “You will indeed drink from my cup, but to sit at my right or left is not for me to grant. These places belong to those for whom they have been prepared by my Father.”

When the ten heard about this, they were indignant with the two brothers.  Jesus called them together and said, “You know that the rulers of the Gentiles lord it over them, and their high officials exercise authority over them. Not so with you. Instead, whoever wants to become great among you must be your servant, and whoever wants to be first must be your slave— just as the Son of Man did not come to be served, but to serve, and to give his life as a ransom for many.” Matthew 20:20-28

Well, hello! I'm jeff and I am passionate about compassion. I began working for Louisiana Baptists in 2005. I love working with dreamers who care deeply about under-served people in Louisiana. My life verse is 1 Corinthians 9:22.