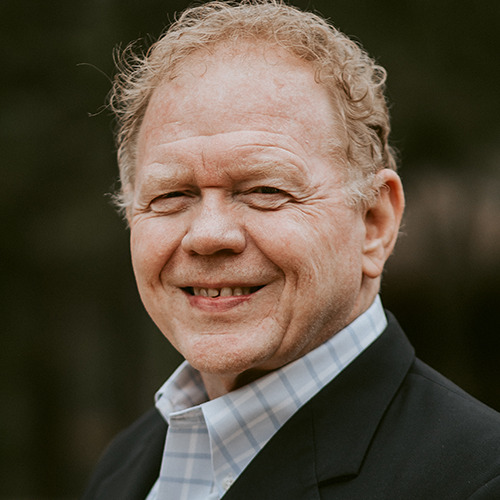 John Kyle
Here for You

John Kyle
Here for You

Some are calling it “Earthquake Game 2.” When LSU recently came from behind to beat Alabama in Tiger Stadium, the crowd went wild! It was unbelievable! The crowd’s roar was so loud it registered on the seismograph – for the second time – the first one following the Auburn victory in 1988. LSU won. The crowd roared and stormed the field. The celebration began.

We have a love/hate relationship with crowds. We like to be a part of big crowds at concerts and sporting events, but we hate crowds when we have places to go and people to see.

Many of us have “crowd aversion.” If we see a crowd, we start looking for a way around it. For example, we want the shortest line at the checkout lane. Despite my best guess, I usually end up in the slowest lane behind a lady who pulls out a checkbook – a checkbook! Crowds are a hassle at the stoplight, construction sites, the DMV, the gas pump, and the security checkpoint at the airport.

Jesus was no stranger to crowds. They followed Him everywhere. It’s amazing He found time to pray and train His followers when He seemed to be constantly surrounded by people. There were times when Jesus withdrew from the crowd, but there were also times when He engaged the crowd.

Matthew records such an instance in chapter 9 of his gospel, “When he saw the crowds, he felt compassion for them, because they were distressed and dejected, like sheep without a shepherd.” Notice that instead of ignoring the crowd, Jesus saw the crowd. He didn’t look past them or for a way to avoid them. He saw them. They were real and the sight of them triggered something inside Him. Matthew notes that Jesus felt for the crowds. He had compassion for them. They were not an annoyance. They were not keeping Him from His agenda. They were His agenda. He saw them. He felt for them. The word compassion in scripture literally means to be moved so deeply that you feel it in the pit of your stomach.

Jesus saw their true condition. He knew the crowd manifested and magnified the needs of the individuals. They were distressed and dejected. Various translations say they were bewildered, troubled and helpless, confused, harassed, worried, downcast, weary and worn out, abandoned. He didn’t see the crowds as a hassle, but a harvest. He didn’t see the crowd as something to be avoided, but people to be engaged.

The crowds represented the very people Jesus came to save.

On another occasion as a crowd surrounded them, Jesus asked His disciples “where will be buy bread so these people can eat?” (John 6:5)

Could Jesus be asking us, Louisiana Baptists, a similar question?

The crowd is real. Two million spiritually lost people reside in Louisiana and they are all around us. We have what they need – God’s truth. How can we get them what they need? This is the whole point of what we do as an association of churches. It’s one thing that separates us from social and civic organizations. We aren’t just concerned about how Louisianans will be doing in the next 10 years. We’re concerned about where they will be in the next 10,000 years. Marinade on that for a minute. Everybody is going to spend eternity somewhere.

This is why we invest in our multi-media outreach strategy, Here for You. By leveraging current communication platforms, we’re engaging the crowd and sharing the truth that can set them free.  Since 2019, Here for You has seeded God’s truth in 94% of TV households across the state. We’ve also reached an average of 187,000 people per month via social media and streaming services and more than 3,750 people have indicated a decision for Christ through our partnership with the Billy Graham Evangelistic Association.

Your gifts through the Cooperative Program and the Georgia Barnette Louisiana Missions Offering help us share the Bread of Life with the crowds who are distressed and dejected. Troubled and helpless. Weary and worn out.

The crowd is still there. In front of us. Beside us. Behind us. Don’t ignore them. Don’t look past them. See them. Pray for them. You don’t have to know their names. They may never come to your church. But that is not the point. The need is still there. Jesus sees them and feels compassion for them – and as His followers, so must we.

I am a native of Oklahoma, but have fallen in love with the people of Louisiana! Over half of my time in the ministry has been spent serving the Lord in the Bayou state. I love creative expressions and enjoy employing some of those to creatively share the Gospel with people who don’t know Jesus. My wife, Kathy, and I have been married for over 40 years and are blessed with three grown children and six grandchildren (as of May 2023). One of my favorite verses is Psalm 94:19 from the Living Bible paraphrase. Check it out when you begin to feel overwhelmed by the circumstances of life.

See a Light – Sow a Seed

Who’s Ready for a Mess?