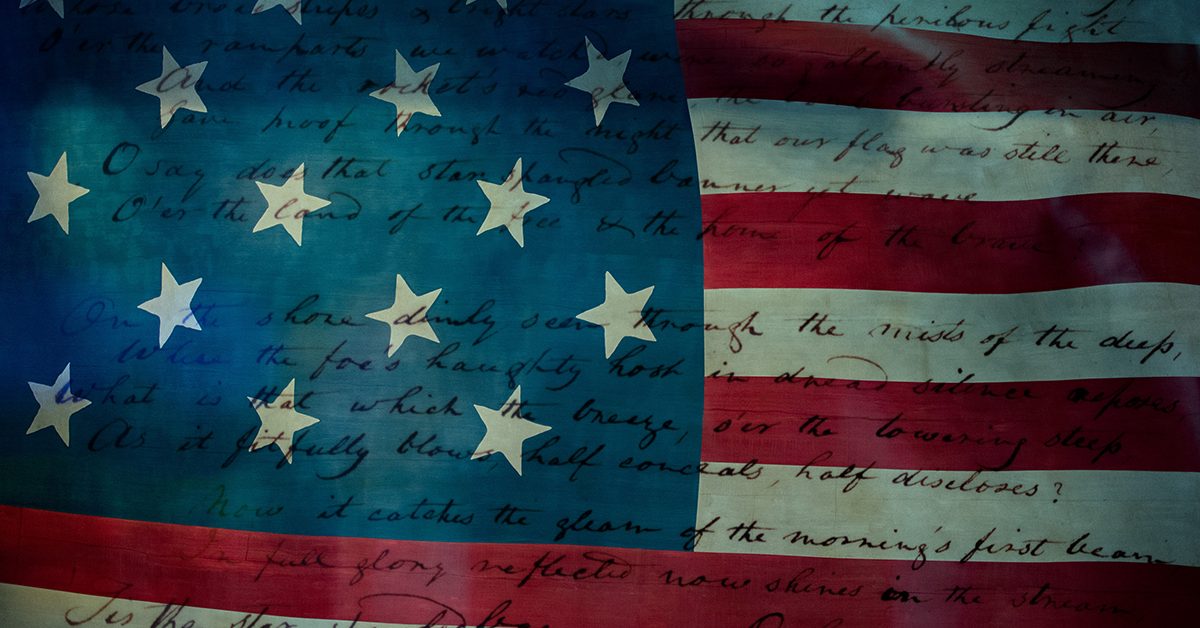 In 1928 one of our American submarines, S4, sank off the eastern coast on a dive after routine maintenance work. Divers made contact through Morse code. After initial exchange of how many on board, what is your condition etc., the divers received the message from those on board, “Is there any hope?” In the midst of the circumstances, what a penetrating question! Many are still asking that question today about America. Is there any hope?

Until we as believers understand these things, I’m afraid “There is no hope for America!”

But, there is always hope.

I have heard before that our national anthem is among the most difficult songs to sing. Maybe that explains why we usually only sing one verse of The Star Spangled Banner. Did you know that it has a second verse? Have you ever noticed that the first verse actually ends with a question? What’s the question? “Oh, say, does that Star Spangled Banner yet wave o’er the land of the free and the home of the brave?” We sing that line like it is a declaration, but it is a question. Noticing this line as a question, the second verse is the answer to the question.

Oh thus be it ever when free men shall stand
Between their loved homes and war’s desolation
Blessed with victory and peace may the heaven-rescued land
Praise the Power that hath made and preserved us as a nation
Then conquer we must when our cause is just
And this be our motto, “In God Is Our Trust!”
When we do that then the Star Spangled Banner
In triumph shall wave
O’er the land of the free and the home of the brave.

Did you see what Francis Scott Key was saying? The only hope for America is for us to honor and acknowledge the one God over our nation!

Those aboard the Submarine S4 did not survive. Contact was maintained over a couple of days and even up to just a few hours before rescuers finally were able to attach an air line to their compartment. But it was too late. When the submarine was brought to the surface and entered, an amazing discovery was made. On a rack, apparently untouched, was a flask containing a considerable amount of oxygen.

This discovery, apparently unexplainable, gave rise to some very dreadful thoughts. Why did they not use that oxygen? Why did they announce that they were at the end of supplies? Was it because they knew the worst, and did not wish to prolong it? But, as the world knows, only a matter of hours after their last taps were heard an air line was successfully attached to their compartment.